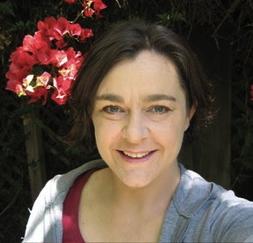 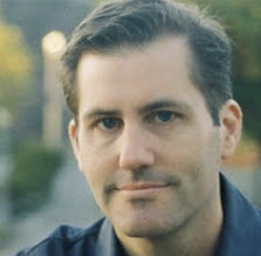 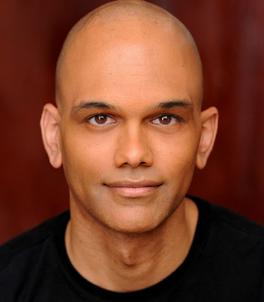 Past Artists of the SOTA Theatre Department

Those who can - do both! 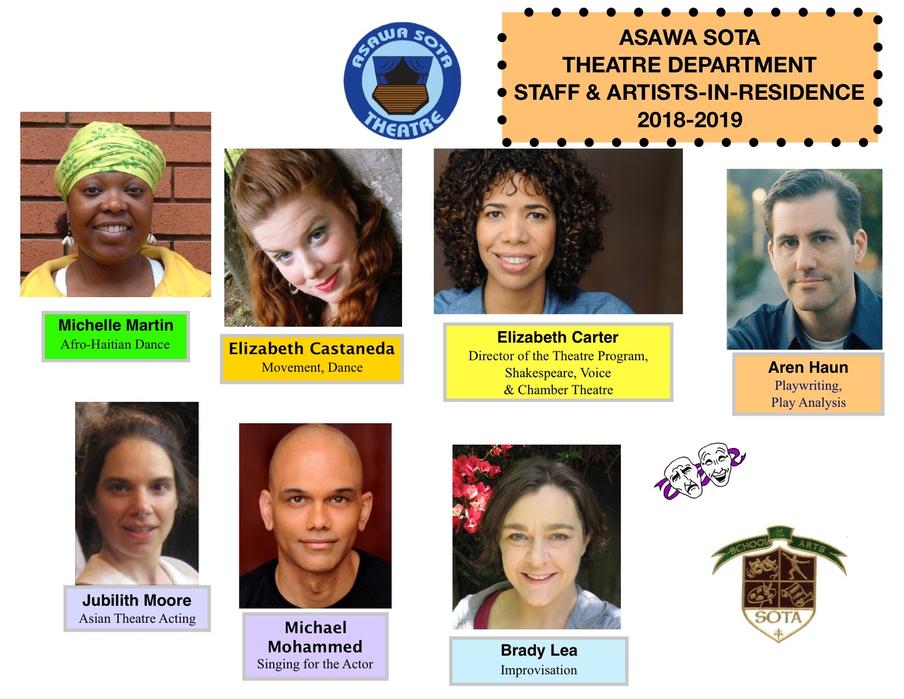 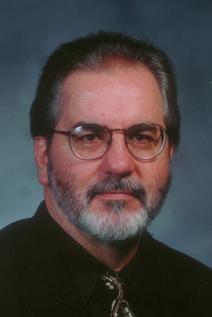 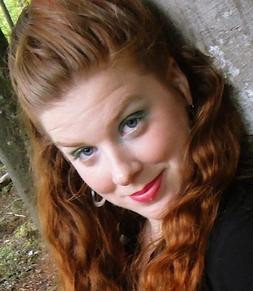 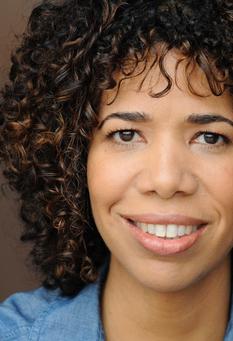 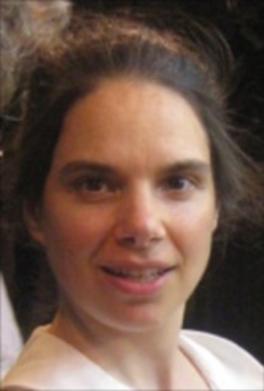 Elizabeth is thrilled to take on a new role as Director of the Theatre Department. She first joined Asawa School of the Arts as a Guest Judge for the 2003 Shakespeare Evening contest. Later she joined the department  as an Artist in Residence in the 2004-2005 school year, teaching Voice and Shakespeare where she had remained as a core part of the staff for the past 14 years. Elizabeth's has also performed with numerous Bay Area theaters over the past 25 years including California Shakespeare Theater, San Francisco Shakespeare Festival, Magic Theatre, Word for Word, Aurora Theatre Co, Lorraine Hansberry Theatre, Shotgun Players and TheatreWorks amongst others. A graduate of Mills College with a BA in Dramatic Arts, she also studied in London with teachers from the Royal Academy of Dramatic Arts. Her favorite roles include Rose in Fences,  Mistress Ford in Merry Wives of Winsor, and Agnes in Agnes of God, Mai Tamba in the Convert, Millie in Aurora Theatre Co’s Trouble in Mind, which won 6 Bay Area Theatre Critics Circle Awards, and most recently Carina in Eureka Day!. She has been nominated for several TBA Awards and BACC Awards as well as being featured in Theatre Bay Area Magazine as someone to Keep An Eye On.  As a director Elizabeth enjoys new works and has helmed projects for ACT, TheatreFirst, AlterTheatre, and African American Shakespeare Co. Her teaching career has led her to work with students from of all ages from Kindergarten to adults actors, and has trained teachers in alternative ways to access literature through theater. She has spent the last 23 years teaching acting, voice and Shakespeare performance across the Bay Area for companies such as California Shakespeare Theatre, Berkeley Rep and Brava! For Women in the Arts. She was also the Education Director for the Lorraine Hansberry Theatre. She is excited to continue the respect, rigor, excitement and excellence in the Theatre Department.​

Brady is a performer, playwright and theatre arts educator.  She is a four-time Emerging Playwright Award winner and a playwright-in-residence at PlayGround where she has had several full-length commissions and countless short plays staged. She was a founding member of the Vaudeville trio The Kloons (with fellow SOTA A-I-R David Magison) with whom she performed throughout the Bay Area, across the United States and Canada. She has performed in The David and Brady show with her husband David Gallagher (as well as several SOTA Theatre alums.)  She is a graduate of Ringling Brothers and Barnum & Bailey Clown College and has performed as a clown, juggler, mime, actor, and improviser.  Brady has been a SOTA Artist-in-Residence since 2007. She serves as co-owner and CEO of the WELL, the pioneering online community founded in 1985.

Michelle is from Oakland, California and began her training in ballet and modern dance with the Office of Parks and Recreation department.  She went to Skyline High School of Performing Arts, and became a specialist in dance and visual arts with the OPR department for thirteen years.

As she pursued a major in Dance/ Performing arts, she was given the opportunity to study with Ms. Katherine Dunham and several masters of the original Dunham dance company.  Her studies have taken her to the Alvin Ailey School of Dance, as well as, independent study with Jean Leon Destine and Richard Gonzales, in New York City.  Ms. Martin traveled throughout Nigeria, Cuba, and Haiti to study dance and music through religious ceremony.

Having done extensive study, workshops, master classes, performances and choreography, she has worked with Bantaba and Diamano Coura West African dance companies, toured Nigeria with Wajumbe Cultural Ensemble, worked with Obakoso, Jose Francisco Barroso’s Cuban Dance Ensemble and was the Assistant Artistic Director, choreographer, principal dancer and singer for the nationally acclaimed Group Petit la Croix, Haitian Dance company with Blanche Brown.In 2010, the Alliance for California Traditional Arts (ACTA) awarded her a grant in their master/ apprentice program for traditional Lukumi beading.  Presently, Ms. Martin is founder and Artistic director of Michelle Martin & Konpayi, a group of artists who range from high school students to professionals in the community who are committed to the preservation of Traditional Haitian dance and music.

Elizabeth joined the Theatre Department in 2013 and has been teaching and choreographing for over fifteen years.  She was encouraged to create choreography for yearly performances for the Youth Ballet Theater of Austin, while receiving an extensive Royal Academy of Dance training. She began studies at Ballet Arts Academy at age seventeen in Spokane, Washington.  She and her twin sister Melissa were asked to create several dance pieces for Ballet Theater of Spokane.  They later received the 1st place award of the choreography division in the Allied Arts Festival.  She attended Cornish College of the Arts in Seattle as a Dance Major.  The Pacific Northwest Ballet employed Elizabeth as a camp counselor and mentor for students attending their summer program.  She attended the Alonzo King LINES Ballet summer program in San Francisco in 2003 and the LINES Ballet Year Round Training Program in 2004.  She toured the United States and Canada for four months as a dancer and co-choreographer with Carpetbag Brigade, a physical theater group.  Elizabeth has created three new works for the ODC PILOT program.  Elizabeth's dance studio, TWINSPACE, in the Mission District has been open for the last three and a half years. She is one of the creators and co-choreographers of The Fossettes, a group inspired by Bob Fosse that has been performing in the Bay Area for over four years.  Elizabeth has been teaching at the ODC Rhythm & Motion School for three years and has created choreography for both the ODC School and the ODC Dance Jam.

Michael was Musical Director for the 2014 Theatre Department production of Hair and Stage Director and Choreographer for the 2015 School-wide musical The Music Man.  He works regularly as a performer, musical director, stage director, and choreographer. Originally from Vincennes, Indiana, he is on faculty at the Community Music Center and is the Director of the Musical Theatre Ensemble at the San Francisco Conservatory of Music. He received a Bay Area Critics Circle nomination for Best Musical Director for Boxcar Theater's Rent Boy Ave., for which he also composed the score. Recent stage directing credits include La Boheme (SFCM), Bob Marley’s Three Little Birds (Bay Area Children’s Theatre), and The Full Monty (American Conservatory Theater - MFA Program). His production of Wilde Boys (New Conservatory Theater) in which he also performed is a Bay Area Critics Circle Award winner for Best Musical Production.

Equally at home in opera and musical theatre, his roles include the title role of Handel’s Orlando, Spirit/ First Witch (Dido & Aeneas), Jake (Porgy & Bess), Amenhotep (Akhnaten). He has sung the ‘Roasting Swan’ in Carmina Burana and has been a soloist with the Early Music groups Ansámbl Luython and the Vinaccesi Ensemble. He holds degrees from Columbia University (BA in Music and History/Sociology) and San Francisco Conservatory of Music (MM in Vocal Performance). Other affiliations have included San Francisco Opera Chorus, San Francisco Symphony, Jarvis Conservatory, Livermore Valley Opera, and Guggenheim Entertainment.

Aren is a playwright, director, and actor.  In 2010, he received an MFA in playwriting from Columbia University.  His short plays have been produced in the Bay Area, New York City, Chicago, London, and elsewhere.  He has been twice published in Smith & Kraus's anthology of Ten-Minute Plays.  With the theater company, Slacker Theater, Aren has directed his own work in San Francisco and New York.  As an actor, he has appeared in several productions in the past year in the Bay Area, most recently Off-Broadway West's production of Yasmina Reza's Life x 3.

A graduate of Bard College, is the former Artistic Director of Theatre of Yugen and has been with the company, and a student of Yuriko Doi, since 1993. She has also studied Noh with Richard Emmert and Akira Matsui (Kita school). While under a Japan Foundation Fellowship in Tokyo, she had the honor of studying with Noh master Shiro Nomura (Kanze school), Kyogen master Yukio Ishida (Izumi school) and Kotsuzumi Noh drum with Mitsuo Kama (Ko school.)Between 2002 and 2006 she worked collectively with Libby Zilber and Lluis Valls to create the original experimental pieces: The Clay Play; Norton, I; Frankenstein and Don Q.  She adapted and directed The Old Man and The Sea (2005) based on Hemingway’s classic and with permission from his estate.  She directed composer Cordell Ho’s iPH, a 20 scene composition based on Iphigenia at Aulis by Euripides as part of Theatre of Yugen’s Noh Pressure Cooker.  In addition to directing several traditional Kyogen in English, Jubilith also adapted and staged a Kyogen-style theatrical production of Voltaire’s Candide, or Optimism to help commemorate Theatre of Yugen’s 30th anniversary.  Most recently she directed and performed the lead role in Erik Ehn’s Cordelia, which is part of Mr. Ehn’s Soulographie project to take place in New York in 2012.  Jubilith has taught Theatre of Yugen's Winter Training Session since 2003 in addition to several other seasonal training sessions and workshops.  She is also an Artist-in-Residence at San Francisco's School of the Arts high school (since 1998), and was a Lecturer at San Francisco State University where she offered an introduction to Nohgaku (Spring 2008).

Mr. Rayher was the Director of the Theatre Program and master teacher at the public magnet high school, Ruth Asawa San Francisco School of the Arts for 28 years, from 1990 to 2018.

He holds B.A. and M.A. Degrees in theatre and a California Teaching Credential in English/Drama from San Francisco State University. He did studies in directing and classics at the University of Minnesota while pursuing his Doctorate.

In 2001 Mr. Rayher won the prestigious Treadwell scholarship from the English- Speaking Union of the United States (E-S U, San Francisco Branch) to attend the three week summer Teaching Shakespeare Through Performance Institute at the Shakespeare Globe Centre in London. In 2012 he was awarded the U.S. Presidential Scholars’ Teacher Recognition Award at a ceremony in Washington, D.C. Mr. Rayher was also given a Certificate of Honor from the Mayor of San Francisco Ed Lee,  in 2013 for his 22 years of Leadership as the Chair of the SOTA Theatre Department and for championing the Theatre Department’s participation in the E-S U National Shakespeare Competition.

He is a member of the Dramatists Guild of America, and the California Educational Theatre Association (He was a 2012 California Youth In Theatre Honorarium Recipient). 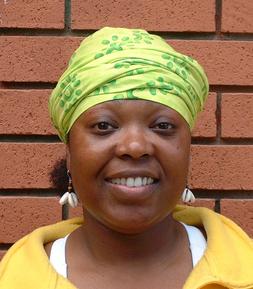