To Learn more about HAND TO GOD on their website: http://handtogodbroadway.com

And speaking of Tony Awards, last week we were honored to have Lena Hall  –– 2014 Tony Award Winner BEST FEATURED ACTRESS IN A MUSICAL for “HEDWIG AND THE ANGRY INCH” and Asawa SOTA Alumni (Dance '97) –– visit the Theatre Department! She spoke about her life after graduating from SOTA, her experience and preparation for her roles in CATS, 42ND STREET, Disney's TARZAN, KINKY BOOTS, what it was like auditioning for John Cameron Mitchell, and what it's like performing on Broadway eight shows a week!
You can catch the Tony Awards on Sunday, June 7th at 8pm on CBS. For more information on the Tony Awards and this years nominees, visit: http://www.tonyawards.com.

Aya also just did a guest spot on the ABC hit series “Modern Family”, and can also be seen on her FX Series “You’re The Worst”.

Congratulations to members of the Intermediate Two Class who won awards at the 2014 CETA NorCal High School Theatre Festival.

"KATHLEEN TURNER: A YOUNGARTS MASTERCLASS" - Oscar and Tony nominated actress Kathleen Turner mentors four young students (including Michelle Ang, SOTA Theatre Class of 2012) aspiring to become professional actors by helping them work through prepared monologues, and offering insight into life as a actor. It premiered on MAY 22, 2013 on HBO, and is still available on HBO On Demand and the
HBO GO app. Click here to watch the trailer on YouTube.

Aya Cash (Theatre '00) is guest starring in two episodes of HBO’s series “The Newsroom”. Additionally, Aya will be featured in the upcoming comedy “Can A Song Save Your Life” with Mark Ruffalo and Keira Knightley, Adam Levine and CeeLo Green; and Martin Scorsese’s “The Wolf of Wall Street” staring Leonardo DeCaprio (Opening Fall 2013).

Kevin Bigley (Theatre '05) will be starring in the new USA Network Series “Sirens” with Michael Mosley, Kevin Daniels, and Jessica McNamee. Premiering this fall, Sirens follows three of Chicago’s best EMTs whose sometimes silly, self-righteous and even self-destructive personalities make them unqualified for sustaining relationships, friendships and most occupations. They are, however, uniquely qualified for saving anyone who winds up in their ambulance.

Congratulations to Annabel Hope ('14) on competing as a semi-finalist in the Annual English-Speaking Union National Shakespeare Competition at Lincoln Center. Click here to read more

The Asawa SOTA Theatre Department Congratulates Senior Michelle Ang for being selected as a 2012 U.S. Presidential Scholar in the Arts (One of 20 in the country) & Congratulations also to Mr. Rayher for his award of a
U.S. Presidential Scholars Program Teacher Recognition Award
Click here to read more
Click Here to watch Michelle's Performance at the Kennedy Center (it begins at 31:40) 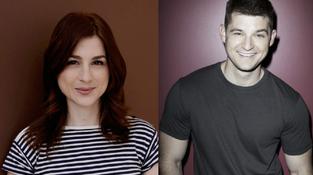 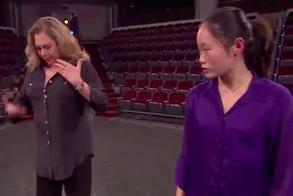 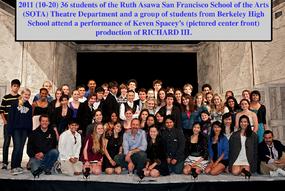 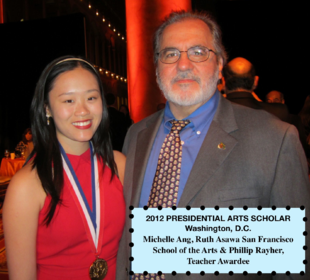 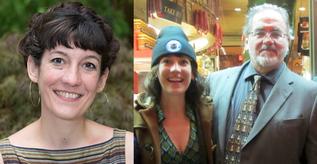 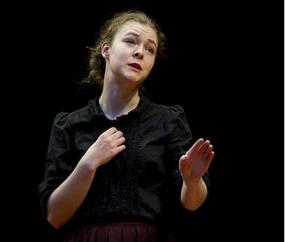 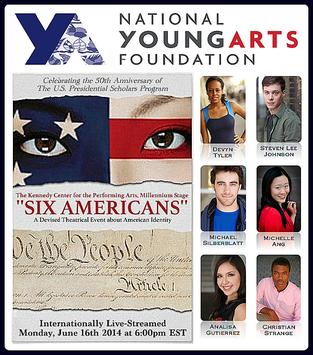 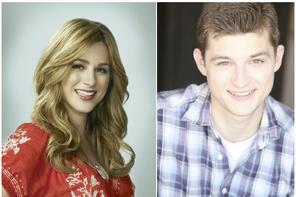 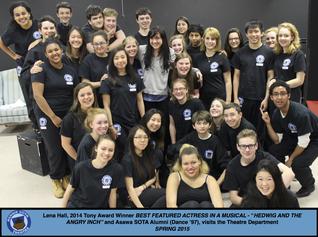